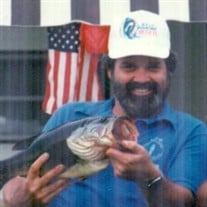 Robert A. “Bob” Abbott Jr, 75 of Bangor passed away Tuesday March 8th at Lehigh Valley Pocono Hospice House, East Stroudsburg. Robert was born on June 17, 1946 in Easton, Pa, a son of the late Robert A. and Alice (Swan) Abbott Sr. His beloved wife former Deborah Loy were married for 25 years. He was a graduate of Pen Argyl High School in 1964 and recently was a truck driver for W.W. Transport of Martins Creek for 4 years and prior to that owned Abbott’s Plumbing & Electrical of Bangor for over 40 years. He was an avid fisherman participating in the Bass Masters Tournaments along the Eastern Seaboard for many years. He enjoyed camping, dancing and singing to Karaoke songs putting on the Bob Abbott Show. He was a member of the Washington Township Fire Police for 10 years. In addition to his wife Deborah, he is survived by two sons; Robert A. and his wife Dawn Abbott III of Roseto, Jason Abbott and his wife Ashley Abbott of Lake Wallenpaupack, PA, step-daughters; Christy Lee Gariepy of Scranton, Theresa Celaschi and her husband Steve of Myerstown, PA., Step-sons; Mike and Louie Blaum, Six Grandchildren; Madison, Alden, Landry, Michael Jr, Allie and Christopher, six step-grandchildren; Jackie, Evan, Amelia, Brandon and Jared Tocket, a Brother Thomas and his wife Diane of Mt. Bethel, a sister Bonnie Buskirk and her husband Roy of Bangor. He was predeceased by a son Michael and a daughter Robbin. A Celebration of Life will be held on March 26th from 1 to 5 PM at the Bangor Elks Lodge # 1106 120 Broadway Bangor. Services are under the care of the Fiore Funeral Home 230 Market Street Bangor. Interment will be private and at the convenience of the family. Memorial Donations should be offered in Robert’s name to Washington Township Fire Company 920 Washington Blvd., Bangor, Pa 18013 Online condolences may be offered at www.fiorefuneralhome.com

The family of Robert A. Abbott created this Life Tributes page to make it easy to share your memories.

Send flowers to the Abbott family.